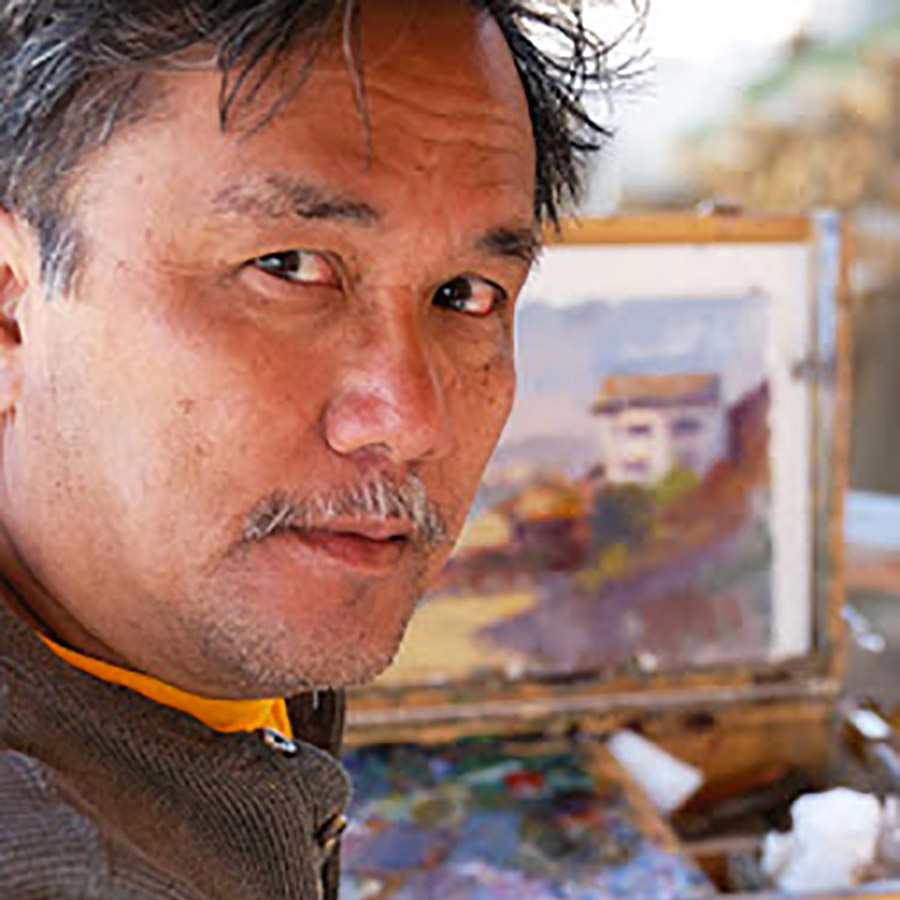 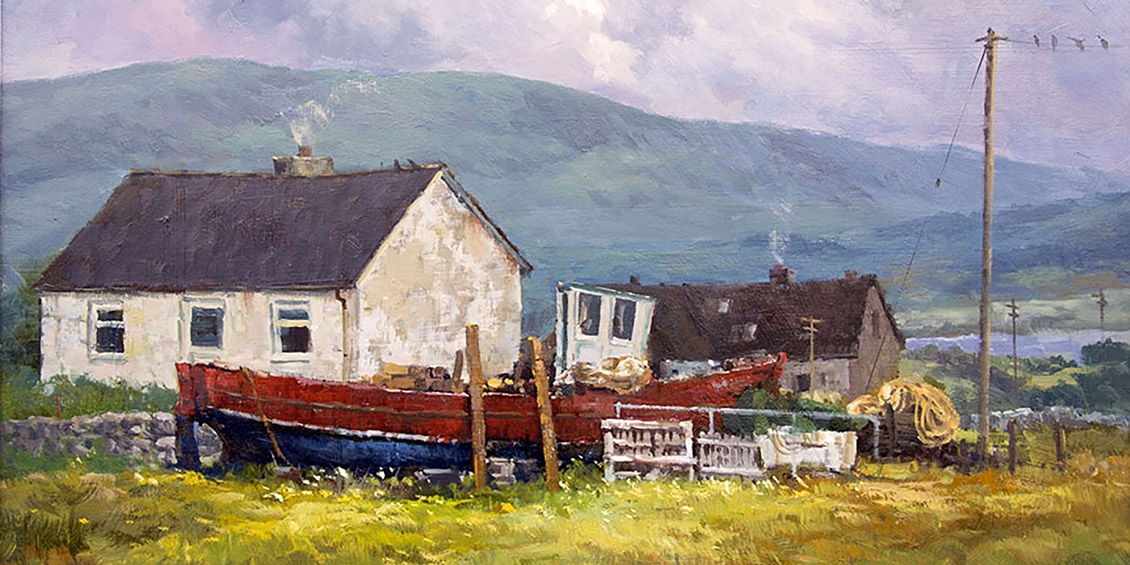 The Path Of A Fine Artist

Perhaps doodling on his father's commissioned art piece as a boy was not the most auspicious start for an artist, but Junn Roca was profoundly influenced by his artist father. As a commercial artist in the Philippines, Junn's father painted many subjects, including landscapes, portraits of politicians and theatre marquee posters. Junn was always a fly on the wall when his father's friends would gather to talk about painting and critique each other's work.

Junn initially studied architecture, but found the straight lines too restrictive, preferring more free form drawing. He transitioned to commercial art, developing his skills in illustration and figures. At 19, Junn showed his work to renowned Filipino artist, Felix Gonzalez, who generously took him under his wing as an apprentice. For the next five years, Junn painted beside his mentor, refining his skills while cleaning Felix's brushes and prepping canvases. Junn's collective of artist friends would peddle their pieces in the Manila art district of Ermati, occasionally bartering a painting for a beer with the local tavern owners.

Junn moved to the United States in 1979 where his art career was further shaped by distinguished endeavors. He painted portraits for a Beverly Hills gallery, including a portrait of a young Saul Hudson, now better known as Slash of Guns N' Roses, for Saul's grandmother. Junn created paintings for a mass production studio who sold to home decor and furniture outlets, such as the Spiegel Company, Levitz Furniture and JC Penny. This role taught him how to effectively compose large paintings, staging the scene first in a small painting and then scaling it to make the process less overwhelming.

In a more glamorous turn, Junn began work as a background artist for animated films and television shows, working for DIC Entertainment, Marvel and Warner Brothers. He was nominated for three prestigious Emmy Awards and won two for his contributions to Animaniacs and Pinky and the Brain. Junn gained invaluable experience working as a background artist, learning to control light, shadow and color to convey a mood, similar to a stage designer. When Junn decided to pursue fine art painting full time, it was this collection of eclectic experiences that informed and continues to inform his paintings.

Junn’s early years in the Philippines remain a strong influence and are directly reflected in his work. Although his subjects are diverse, including landscapes, cityscapes and portraits, he gravitates towards seascapes and fishing villages that remind him of home. He travels the globe on a quest to find locales seemingly untouched by modern times, painting scenes that evoke feelings of nostalgia.

In a partnership that has spanned decades, Junn and his wife Frannie are truly a team, with Frannie leading the business side allowing Junn to focus on his art. That focus has awarded Junn with numerous accolades. He has received multiple juried awards for excellence across the United States as well as international recognition. His painting, “California Hillside in Spring” was one of 54 that was selected from over 900 entries for a traveling exhibition that included a stop in Frosinone, Italy. Junn is a Signature Artist Member of the Oil Painters of America and the prestigious California Art Club.

Junn accredits his success to heeding the following advice, “You need to put in the mileage and do a lot of work. You can be good at anything if you put a lot of time and passion into it. Your painting should be the first thing you think about when you wake up and the last thing you think about when you go to bed.” And Frannie will freely admit that painting is Junn’s first love.

Junn Roca has come a long way from trading a painting for a pint on Mabini St. 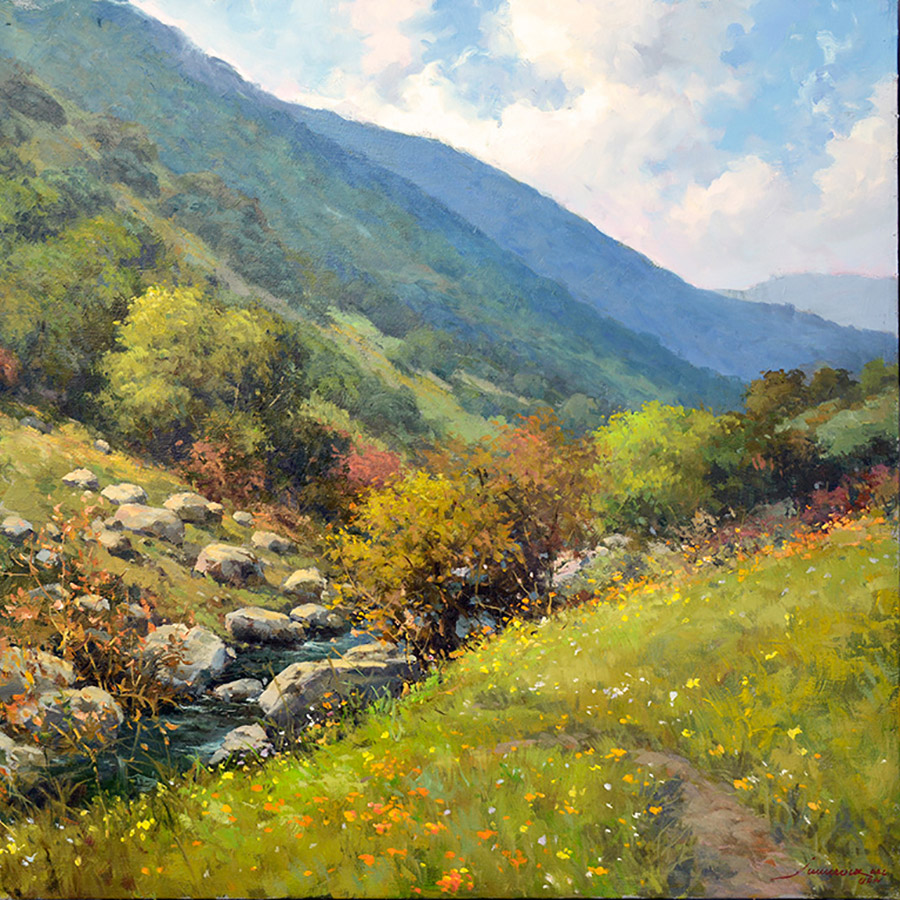 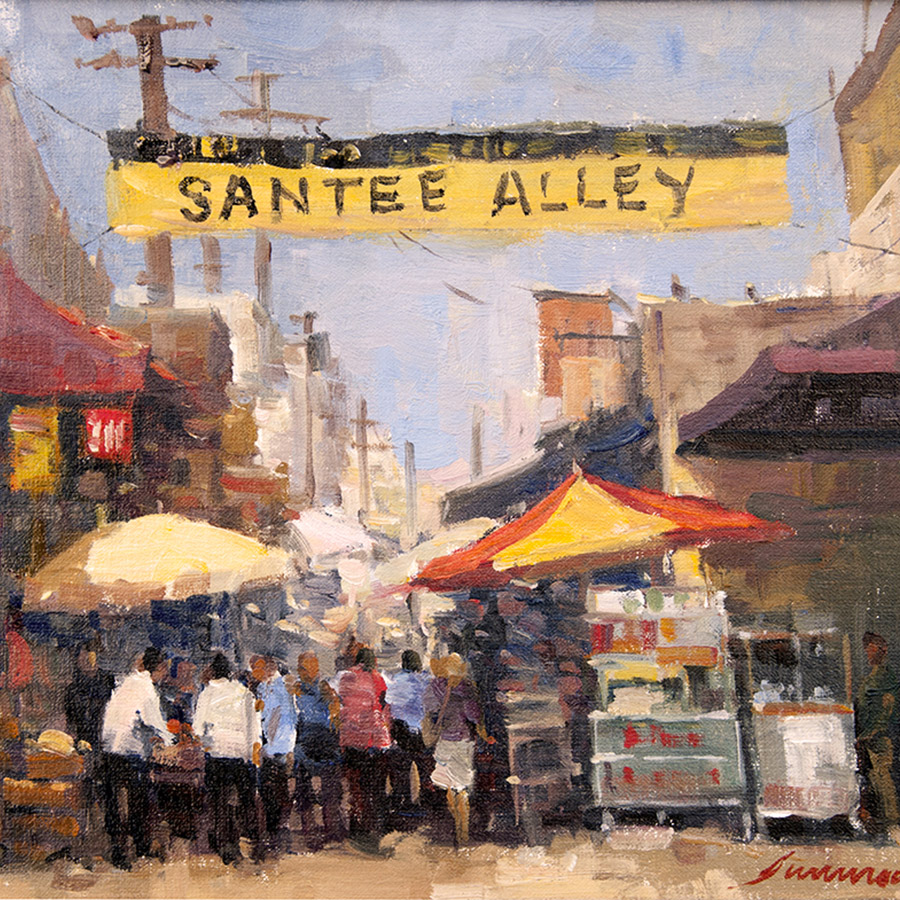 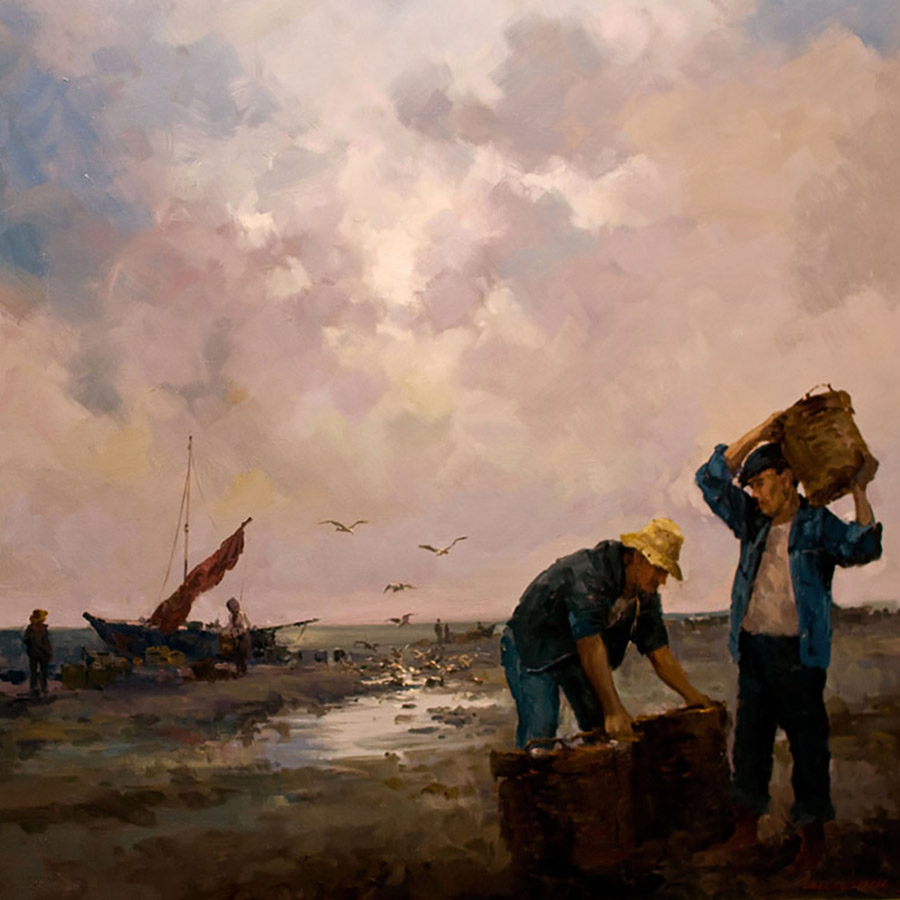 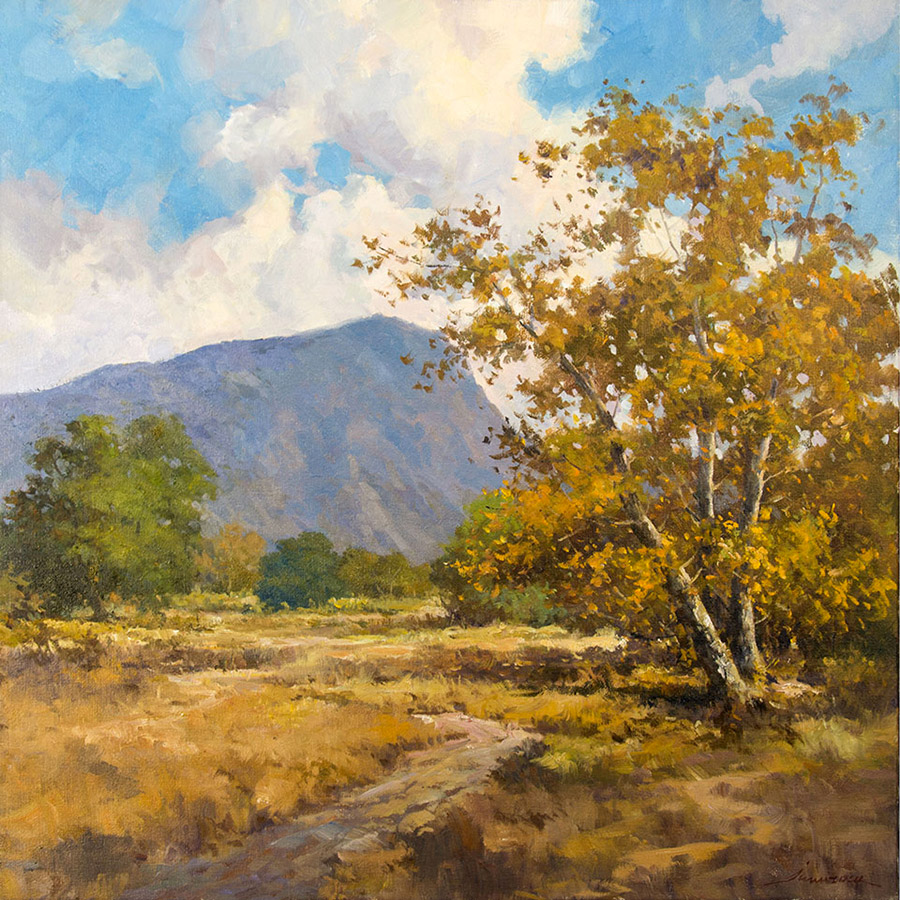